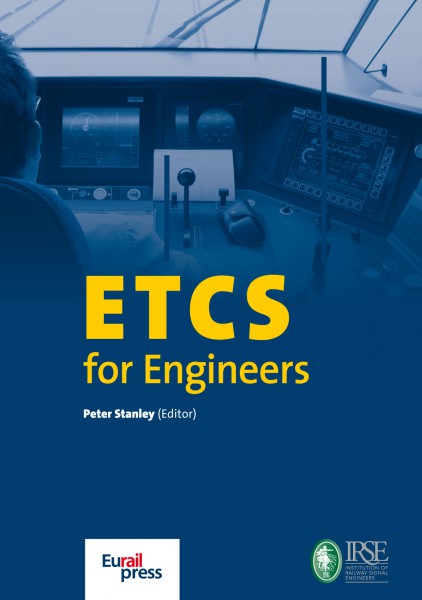 Traditional railway signalling has long been based on the principle of no more than one train, on any one section of track, at any one time.

New technology allows cab-based equipment to replace lineside signals. This gives improved operational performance and better system capacity by redefining the concept of the track section. Using continuous position reporting by the train, the section becomes a safe ‘envelope’, within which each train operates. The ‘envelope’ increases or contracts according to the speed of the train, its braking distance and other characteristics. This gives much more flexibility and the closer spacing of trains, without compromising safety principles.

The contents:
- An introduction to the European Train Control System (ETCS).
- A description of how ETCS works and the levels at which it may be employed.
- An exploration of the sub-systems, processes and interfaces.
- The requirements for system testing, commissioning and certification.
- Engineering – the technical, organisational and operational requirements.
- The needs for maintenance, fault-finding and safety monitoring.

System interoperability is a key European Union requirement, and a common approach to signalling in the different countries is a major contributor.

This book was written by experts involved in ETCS development under the leadership of the Institution of Railway Signal Engineers, supported by Eurailpress. It is the latest in a series describing railway signalling and telecommunications systems in use throughout the world.